But if you think words are enough, think again – body language and silence often tell you much more about a person.

So, what does this mean for us teachers? Well, if you can’t read the nonverbal signs, it makes it very hard to help the student. If you can’t help them, it’s only a matter of time before they leave your studio.

Years ago, I worked with a 7-year-old girl in Brooklyn for 6 months.

At one of our lessons, she raved about “Summertime Sadness” by Lana Del Ray.

I check it out and decide to write up my own sheet music. I tailored it to her skill level. After all, she’s just a beginner.

A week later, we sat down to work on each hand separately. We made progress for two weeks.

Then she stopped practicing.

For three weeks straight, nothing.

Uh oh. Maybe she’s lost interest? Two weeks later, her mother tells me she wants to stop lessons. Months later, I realize that I screwed up.

That written music I had tailored for her – even that was way too hard! She was too nervous to tell me. I missed the signs, lost a student, and my business declined.

Keep reading, mistakes like this will cost you your students (and of course income!).

Here are the nonverbal signs to watch for (and the remedy)

(a) They stop practicing.

“If a child of average intelligence, average musical equipment, and an average coordination does not have, after studying for a while, a sense of accomplishment and an interest in music and the piano, it is ALWAYS the fault of the teacher and never the fault of the child.”

[Abby Whiteside on Piano Playing: Indispensables of Piano Playing and Mastering the Chopin Etudes and Other Essays]

If they stop practicing, they’re already associating piano with some kind of drudgery. You may have jumped to the wrong “Stepping Stone”, too far apart from the last. Reconnect with why you practice – it’s just fun to play music.

(b) They show you old pieces for no apparent reason.

We dive into a new piece, then the student stops, interrupts me, and starts playing easier, older pieces. It used to confuse and frustrate me. I lost focus. When this happens, think of this like a young child playing with his friends, then looking back at his mom to make sure she’s still there. Sometimes, he’ll even leave his friends for a moment, run up to mom, tag her on the leg, then run back to his friends.

Old pieces are like comfortable home bases. When a student does this, she may be communicating “I need to feel safe again”. New pieces can be uncertain and scary.

(c) They REFUSE to listen.

A year ago, a four-year-old girl refused to do her first lesson, but has since blossomed into one of my best students. It went from hopeless to awesome. Here’s what happened:

When I showed up, she clung to her father, screaming. I was a stranger and she was uncomfortable. I pretended to not be fazed. I set up and started playing simple pieces. With her father a few steps away, she began to listen to me, slowly, cautiously, and angrily. She wanted to play music, she liked it. Within 30 minutes, I regained her interest only to lose it moments later. I’m writing now after reflection, but at the time I was annoyed. I’m human, moody, and my patience was tapped out after a frustrating morning. I lost her interest, so I switched to a music symbol card game. It’s dynamic and usually a hit. Not this time – several “No!” refusals later I was enraged. Nothing like the feeling of being powerless against a small child.

The parents were watching and this adds to the dynamic. I felt a subtle self-imposed expectation that I’m the one who needs to fix this. Frustration, hopelessness, obligation, etc. That’s a lot of feelings to wrestle with, and yet I had to keep a clear head and help the student. I was enraged, but at least I knew this. The only problem with being enraged is not knowing it. I settled in to it.

Suddenly, I realized it was simple – she was just scared. Of course, she liked what we were doing, but maybe the way we were working was too…close? Private piano lessons can be an intimate sort of thing, so maybe she needs some space.

I rearranged our rhythm card game so that she’d have “her game” and I’d have “my game” two feet away from her. We kept playing, but it wasn’t full-on collaborative anymore. I simply narrated what I was doing like a distant, objective voice commenting.

She copied “my game” with “her game” two feet away. I’d gently ask questions and she’d cautiously answer. All of this went smoothly until the very end.

She was helped because she felt less pressure and obligation.

These few scenarios above taught me a lot.

But this goes deep – if you found the above helpful, you’ll love the free worksheet even more. Once I learned to read the nonverbal signs with ease, my teaching has improved, students have stayed with me, and I have watched my studio grow to full capacity. 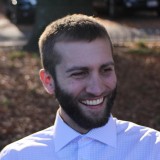 Brett Crudgington owns Brownstone Music Lessons, a piano school in Brooklyn. He believes that to learn music teaches broad life skills - students learn the skill of learning, which they can apply to all they do. The dynamics of each lesson allow the student to learn how to handle frustration and feel safe and free to accept criticism, direction, and create. In short, it's music for the whole student. He brings a long and varied history to each lesson, having studied jazz, blues, classical piano, performed/composed with the band Brooms, commercial projects, and his forthcoming independent work.
He can be reached at info@brownstonemusiclessons.com.

This site uses Akismet to reduce spam. Learn how your comment data is processed.